Among various industries, sport has the power to give inspirations and dreams to the people. As in the mission statement of the Group “Sports That Move The Heart”, our mission is to create scenes that move the heart of more people than ever through bringing out the potentials of sports and making socially valuable activities. To achieve this, it is essential to vitalize the entire sports industry. There are many ways of enjoying sports. We see sports not only as a player, but also see in a broad sense such as “sports to spectate and support”, “fashion”, “community”, “education” and “maintenance and promotion of health”. Taking advantage of the assets of our company and giving dreams and inspirations to children who are responsible for the next generation, we will continue to promote activities with an eye toward creating a bright society in collaboration with each sports organization. 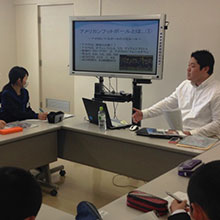 Environment is still severe for highly-skilled athletes to commit themselves in training. At Xebio Group we are employing athletes, firstly to create a model case in which they can become independent both in “activities as an athlete” and “as a member of society”, and secondly to make them acquire skills to flourish as a business person even after their retirement as an athlete. We believe passing their skills and techniques down to children and societies and increasing such opportunities will lead to vitalization of sports industry and business.

“Tohoku Free Blades” is an ice hockey club team based in Tohoku region which have joined Asian League Ice Hockey. “Tohoku Free Blades” is run by XEBIO’s affiliate subsidiary TOHOKU ICE HOCKEY CLUB Co.,Ltd. Since ice hockey is the ultimate example of local minor sports within Japan, if we can run ice hockey team independently, we believe we can extend this success to other sports. As a model case for running professional sports team, and also for promotion of winter sports, we will continue to grow and expand this activity. 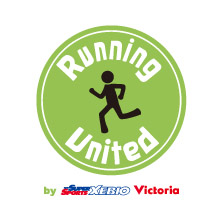 In order to create opportunities for people to run and share “the joys and pleasure of running,” XEBIO Group operates a “Running Community” program which is based in each store and shop. Running can be fun even for people who do not like sports and it is one of the basic movements used in all sports. Creating opportunities for children, families, friends, and colleagues to run together, the “Sports Navigators” offers support for more enjoyable running for people in the local communities.

Contributing to development of sociocultural public goods and regional culture in Sendai and Tohoku area.

Constructed with the aim of contributing to both the vitalization of the sports and entertainment market, as well as the expansive cultural development of Sendai City and the Tohoku Region. Not implementing the traditional government developed/managed or government developed and privately managed, but challenging a new privately developed and public/private collaborative management structure. By establishing this facility, we aim to contribute to the development of the sports and entertainment environment as well as Sendai and Tohoku’s regional culture. Specifically, we aim to contribute to the development of sports itself through providing the environment for showcasing sports performance, inviting international tournaments, conducting amateur sports tournaments and preparing a variety of other opportunities for various events.

Collaboration and Cooperation with Various Organizations 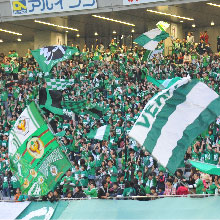 With a history of more than 40 years from its foundation, “Tokyo Verdy” is the nation’s leading prestigious football club which have also records of victories in J1, continuously aiming to be a ”strong team which gives inspiration and joy to the people, and team loved by many people” and “integrated sporting club contributing not only to football but also to life-long sporting activities”. Also emphasizing to such philosophy and principle, we have concluded comprehensive major sponsorship agreement with club with the hope that supporting restructuring of professional sports team will contribute to the entire sports industry.

In April 2016 XEBIO Group and the Japan Basketball Association signed a partnership agreement to develop the 3 x 3 basketball league in Japan and to increase the service provided to JBA registered players. Through this partnership XEBIO Group will push forward the development of basketball through various initiatives and aim to increase the value of sport itself in our society. 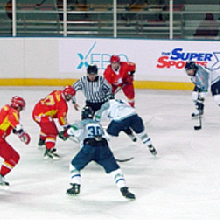 November 27, 2011, in shanghai, we held the signing ceremony with General Administration of Sport of China, winter sports management center. The purpose of this cooperation is celebrating the 40th anniversary of the normalization of diplomatic relations between Japan and China, and promotion of winter sports in China. In this cooperation, we strongly support the development of Chinese winter sports through our business partner which is growing juvenile. With know-how of Tohoku Free Blades which is supported by XEBIO group and won the championship after 2 years since they newly entered Asia League Ice Hockey, we support staff dispatch and carry out activities to educate young athlete. Thereby, we boost “Asian” Hockey through international communication and contribute to winter sports promotion. 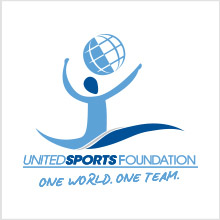 Support of the UNITED SPORTS FOUNDATION

With “One World. One team” as its message, the United Sports Foundation has supported in recovery efforts in the aftermath of the Great East Japan Earthquake in 2011 and is developing the potential of youth for the future and promoting sports culture from a global viewpoint through sporting events. XEBIO Group is aligned with the principle of this foundation and offers its support and cooperation through donation boxes located at our stores and shops to support sporting activities. With “sports” as our foundation, XEBIO Group continues to support activities that include cultural promotion and keeping children healthy in the mind and body.

Developing Next Generation Through Sports

In sports, we believe experiences needed in the growing phase such as “greeting”, “etiquette”, “frustration”, “joy of victory”, “cooperativeness”, “communication ability”, “competitive power” and “setting goals” will contribute to educating children. To contribute to developing children who forge the future, we will strive to promote activities supporting dreams and inspirations for children with the idea of “Sports Edutainment”. 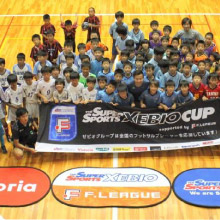 As a community-based company, as well as a company providing opportunity for communication through sports, wishing to help improvement of techniques, increasing number of players and sound growth of young people, we are supporting various games and events such as basketball, golf, tennis, baseball, futsal and the like throughout the nation. Aiming to promote sports, build healthy and affluent society and increase number of people who enjoy sports, we will continue these efforts towards the future. 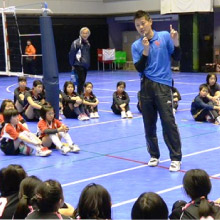 We hold a sports event called “Sports Clinic” for baseball, football and running et cetera to contribute not only to improvement of technique but also to mental and physical growth of children including greetings, cooperativeness, sociality and effort towards their own goal. Also by creating opportunity to interact with professional players with children, we strive to give dreams and inspiration to children.